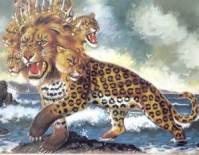 The recent events unfolding on the planet have truly got the attention of the nations. The threat of Ebola is disrupting economies and officials are being thwarted in their efforts to arrest the dreaded disease. The rise of militant Islam has shaken the nations and people all over the world are asking, “What on earth is going on?”.

This chapter was written to answer the questions of his disciples. “When shall these things be?”, and, “what sign will there be when these things shall come to pass?” Jesus spoke of the destruction of the temple as being a sign.

In 70ad, Titus entered Jerusalem with Roman legions and destroyed the city and the temple. 1.1 million Jews were slaughtered and 97,000 were captured and enslaved. This was of course a direct fulfilment of prophecy.

The second sign in Verse 24 is in reference to the “times of the Gentiles”. We are currently in the times of the gentiles, the period of time in history when Gentile control and influence dominates the world scene  and directly influences Israel.

The term “trodden down of the gentiles” means, “to trample, to insult, to tread down”.  We see Gentile influence over the nation of Israel through Rome at the time of Christ leading to it’s destruction in 70ad.

After the fall of Rome in 476BC there was a great void of power in the world.

In 610 AD, Muhammad received his revelations from Medina and the religion of Islam was born

In 1299 AD the Turkish Ottoman Muslim empire rose to power until 1923 (624 years). The Ottoman Empire was a Caliphate, ruled by Islam’s spiritual and political leader, a descendant from their prophet Muhammed

France and Great Britain, and initially Russia, wanted to secure shipping and trade routes in the Middle East but were hindered from doing so because the Ottoman empire (modern day Turkey). They devised a plan set the Arab tribes against the Ottomans and sent  a British man, T.E Lawrence (Lawrence of Arabia) to broker the deal with the Arabs. There were promises made with the Arabs in return for their support and as a result the Caliphate was overthrown.

In 1916 France and Great Britain restructured the borders of the Middle East and divided the land according to their own interests for trade and oil and western controlled dictators were installed over the Arab world. This was called the Sykes-Picot Agreement. The goal of overcoming the Caliphate was accomplished but the Arabs felt used, controlled, and betrayed.

In 1948 Israel was reborn and became a nation with the land partitioned by the UN. This was resisted by the Arabs as they viewed this as western domination. Israel has successfully fought several wars against the Arabs and is considered one of the top militaries in the world. In spite of the peace efforts and negotiations, war is always at Israel’s borders and the world is witnessing a Muslim surge to destroy the “pleasant land” . Anti-Semitism is now world-wide and Israel is finding herself increasingly isolated amongst the Gentile nations. What on earth is going on?

We are witnessing the rise of the Islamic State which has taken the world by surprise in its appearance on the landscape of the Middle East. Springing like a leopard from war torn Syria just a few short months ago they have taken huge swaths of territory in Syria and Iraq. They are currently on the border of Turkey as the Kurds are battling for their lives in Kobane and also they are overtaking the Anbar province in Iraq, positioning them just a few short miles from Bagdad.

The brutality of the Islamic State is so extreme that even hardened soldiers are appalled at the atrocities which are being perpetuated in the name of Allah. Public executions, decapitations, crucifixions, lashing, torture, enslaving of women and children, and other crimes against humanity are the fate of those who fall to the Islamic State. Funded by black market oil revenues, plunder, and financing by terrorist nations, taxing conquered cities, and hostage taking, the coffers of the Islamic State are overflowing with money to finance their jihad [holy war]

The chief aim of the Islamic State is to re-establish a “Calphate”, a spiritual and political dictator, who will govern the entire Muslim world. This prophetic leader is spoken of in both the Quran and in the Holy Spirit inspired Scriptures in the Bible

“And when your Lord said to the angels, I am going to place in the earth a khalif…”

“Little children, it is the last time: and as ye have heard that antichrist shall come…” 1John 2:18

The Islamic State claim their Caliph, Abu Bakr al-Baghdadi, is said to be a direct descendant of Muhammad, and is the long awaited khalif of scripture. Their aim is to establish his seat and the strictest Islamic code throughout the world. Although some Muslims decry the violence and the methods of the Islamic State, all Muslims everywhere are expecting the rise of the khalif and the recent events will likely lead to a revival of fundamental Islam.

After Sykes-Peco agreement the Caliphate was broken. It is now being restored. Could it be that this is the deadly wound that is being healed which will establish the anti-christ system ?

In Luke 21 we learn that the time preceding the second coming will be a time of great distress throughout the nations.  There will be signs in the sun and in the moon, and in the stars, and upon the earth distress of nations, with perplexity ; the sea and the waves roaring…Men’s hearts failing them for fear , and for looking after those things which are coming on the earth…and THEN SHALL THEY SEE THE SON OF MAN COMING IN A CLOUD WITH POWER AND GREAT GLORY. When YOU SEE these things BEGIN TO COME TO PASS, then LOOK UP, and LIFT UP YOUR HEADS , for your redemption draweth nigh…Verse 36- WATCH ye therefore , and pray always …

2Thessalonians 2:1-16- 2 important indicators before the return of the Lord

V1: Coming = parousia- the arrival, the future visible return from heaven of Jesus to RAISE THE DEAD, hold the LAST JUDGMENT and set up GLORIOUSLY and FORMALLY the KINGDOM of GOD.

V1: …and by our gathering together unto Him

V3: There will be a falling away before our gathering together to Him

V3: The man of sin must be revealed before our gathering together to meet the Lord in the air

V7: This may refer to the United States

The Islamic State has risen on the world scene with a sense of prophetic purpose to establish a Caliphate.

The United States has pulled back from the Middle East creating a vacuum of power currently being filled by the Rise of the Last Day antichrist world power led by an Islamic dictator…The Beast antichrist system is going forth conquering and to conquer.